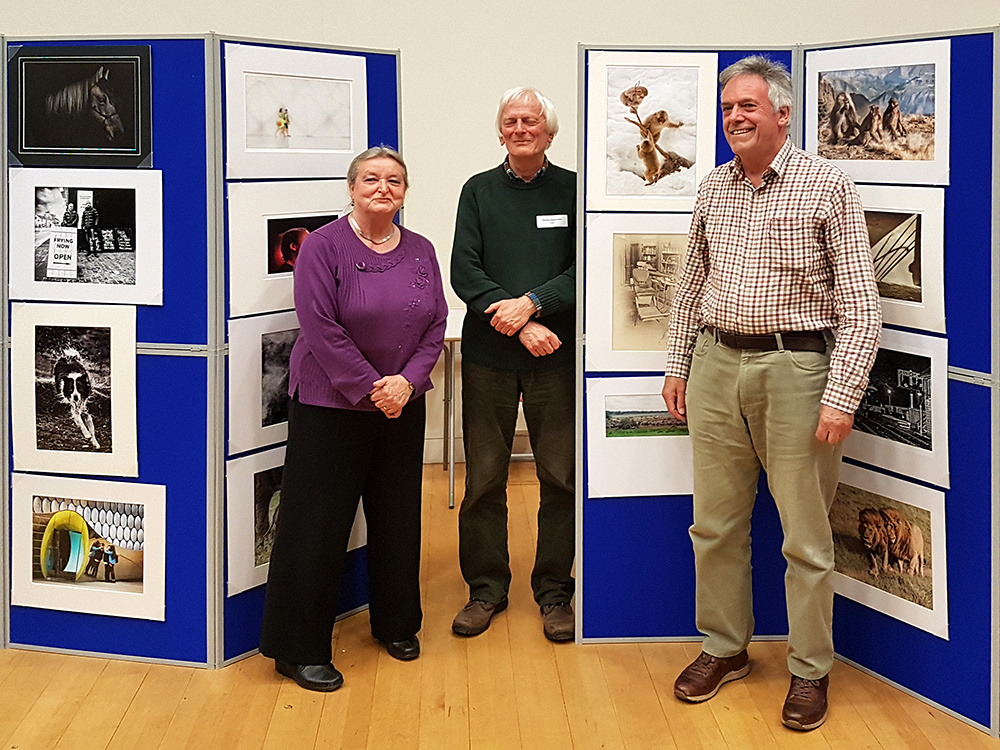 Twenty four prints were submitted by each club, to be judged by Naomi Saul.

The overall standard was high, and by the interval Banbury were narrowly ahead by 203 marks to 200, with "I'm Watching" by Diana Gamble (BCC) and "Conflict or Courting" by Chris Baldwin (BCC) getting the top marks of 20.

The standard was raised even higher in the second half, with no less than four prints being awarded top marks: "Breather for the Crew" by Malcolm Ranieri (SPG), "Alpha Male Gelada Baboon with Females" by Mary Kirkby (SPG), "Let me up" by Chris Baldwin (BCC) and "Suckling Baby Elephant" by Mary Kirkby (SPG).

The contest was tight right to the end, with Stratford Photo Group finally coming out winners by 413 marks to 399.

Andrew Spackman (Banbury Chairman) thanked the judge, Naomi Saul, for her fair and comprehensive comments, and said that it had been an enjoyable evening. The score was now one all, and it was all to play for next time.

Stewart Band replied for the visitors and thanked the judge for her fine adjudicating and the Banbury club for their hospitality.

The full results can be found here.