A number of Stratford Photo Club members, past and present, attended Malcolm's funeral on 1st Nov at Oakley Woods Crematorium, to pay our last respects in the company of over two hundred of Malcolm's other friends, predominately transport and railway enthusiasts.

The funeral cortège was most fittingly led by a traction engine, a 1920 Garrett Tractor no. 33981, KE 7124, with which Malcolm would have been very familiar. 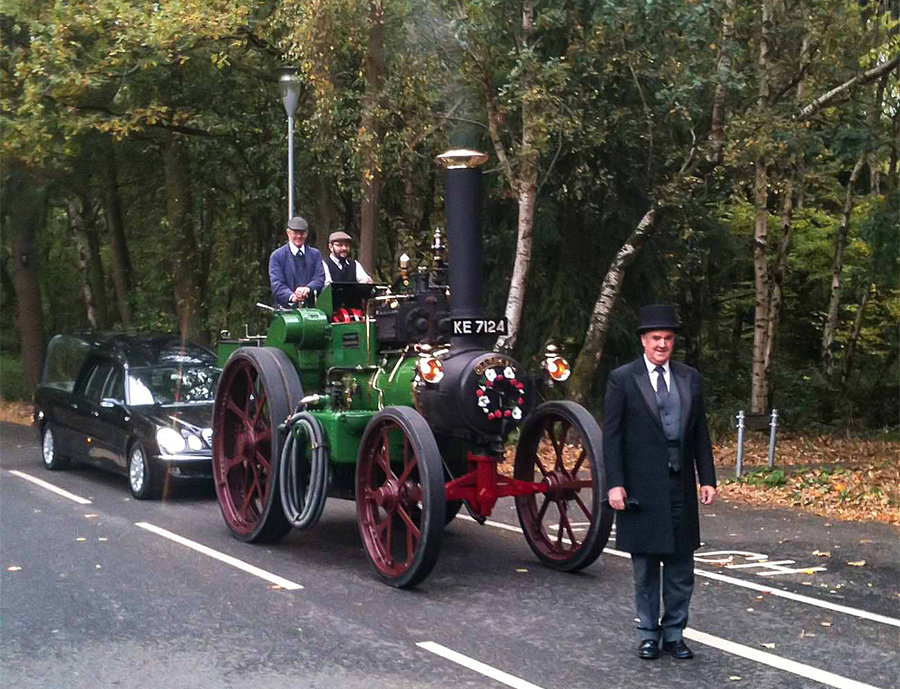 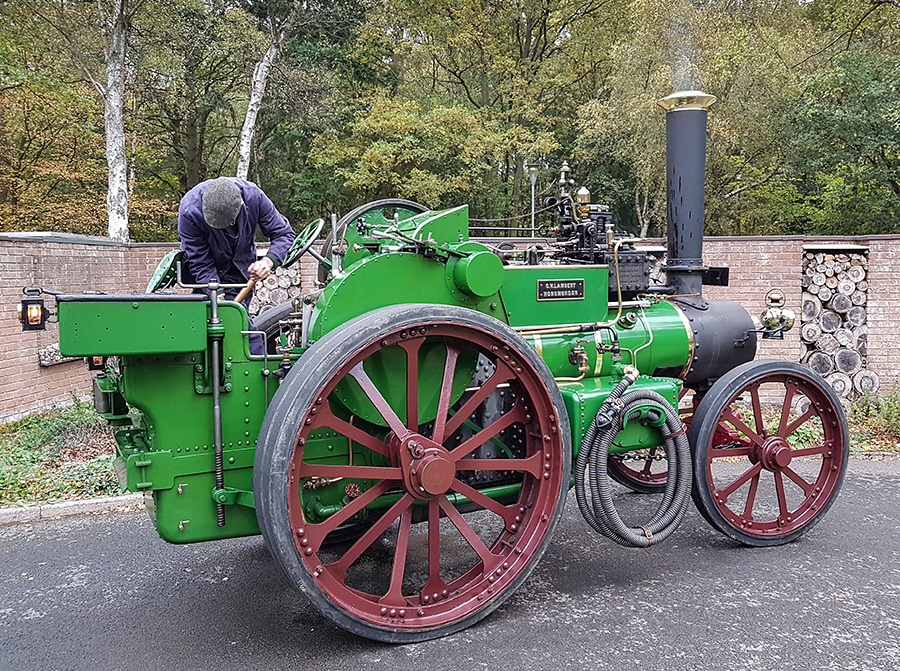 The Humanist service ended with the Dr Who theme music, reflecting one of Malcolm's other passions, for science fiction. A fitting send off for a well loved and popular man.

Malcolm was born on 15th December 1945, and lived his early life on a farm in Haselor, with his brother Chris. He went to Alcester Grammar School and following A levels, joined the accounting department of the local government offices in Stratford. He rose to the position of leading Audit Teams in both Leamington Spa and Stratford, retiring at 50 to pursue his love of Steam Railways and Photography. He was a frequent visitor to The Severn Valley Railway, and travelled widely to the Isle of Man, East Germany, the Ukraine, USA and South Africa where he captured dramatic images of steam trains in action. His work demonstrated a distinctive style, which led to his obtaining the Distinction of ARPS in the Travel Category with a Cibachrome printed Panel of 15 Railway Prints. This was followed by his obtaining the RPS highest Distinction of FRPS with a similarly produced Panel of 20 Railway Prints. Malcolm achieved the much coveted Masters Certificate MPAGB by the Photographic Alliance of Great Britain with a Panel of 20 Prints.

Malcolm's primary interest was in railway photography but developed a strong interest in other forms of transport, including vintage traction engines, buses and lorries, becoming a correspondent and feature writer for "Old Glory" the vintage transport magazine. He had appeared in a "Lensman" feature in "Steam Magazine" about his photography, and had over a dozen books published. He was a volunteer at the Severn Valley Railway, and the Gloucestershire & Warwickshire Steam Railway where he became Senior Stationmaster at Toddington. He also had a passion for motor cycling, classical music, and Doctor Who! - and had in recent years successfully diversified his photographic portfolio to include re-enactments and nude photography.

Malcolm was appointed a Honorary Lifetime member of Stratford Photo Group in 2017, having made a valuable contribution to the club over a period of 40 years, serving on the committee for over 30 years, and fulfilling the role of Chairman for a 5 year period. Malcolm was a highly respected Judge and Lecturer in the Midland Counties Photographic Federation, with the ability to critique images in a fair and equable manner, enabling people to improve their photography.

Above all Malcolm was a thoroughly decent person with a strong sense of common humanity, and was willing to help others in many ways. We will miss him. 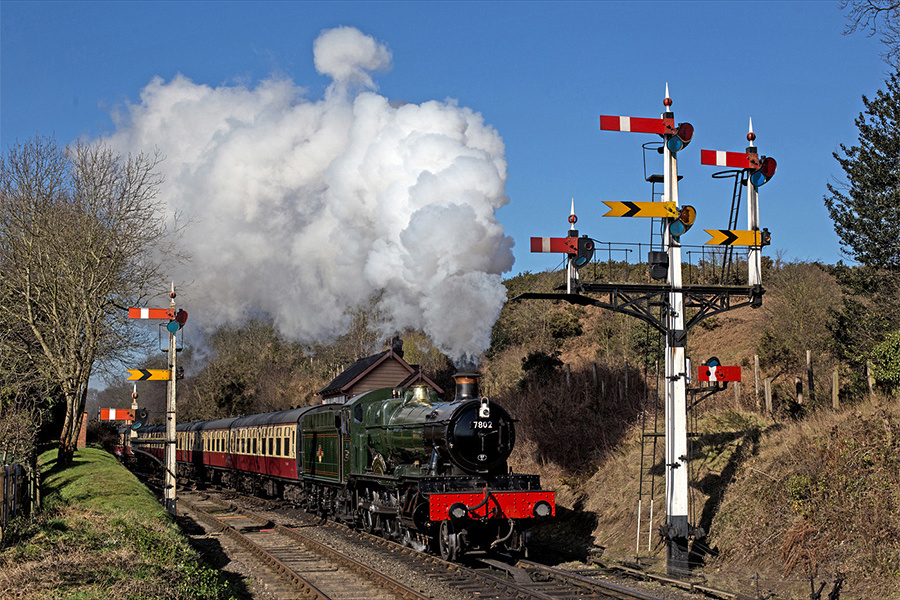 Malcolm's final entry into a club competition, made a few days days before he died, was a typical scene for which he was renowned; a steam train in full motion. "7802 at Bewdley South" came third.