The annual, pre-xmas competition between Stratford Photo Group, Droitwich Camera Club and Vale of Evesham Camera Club took place on 11th Dec 2018. The hosts this year were Stratford, in temporary accommodation at Foundation House due to floor repairs at the normal Bishopton Club House. 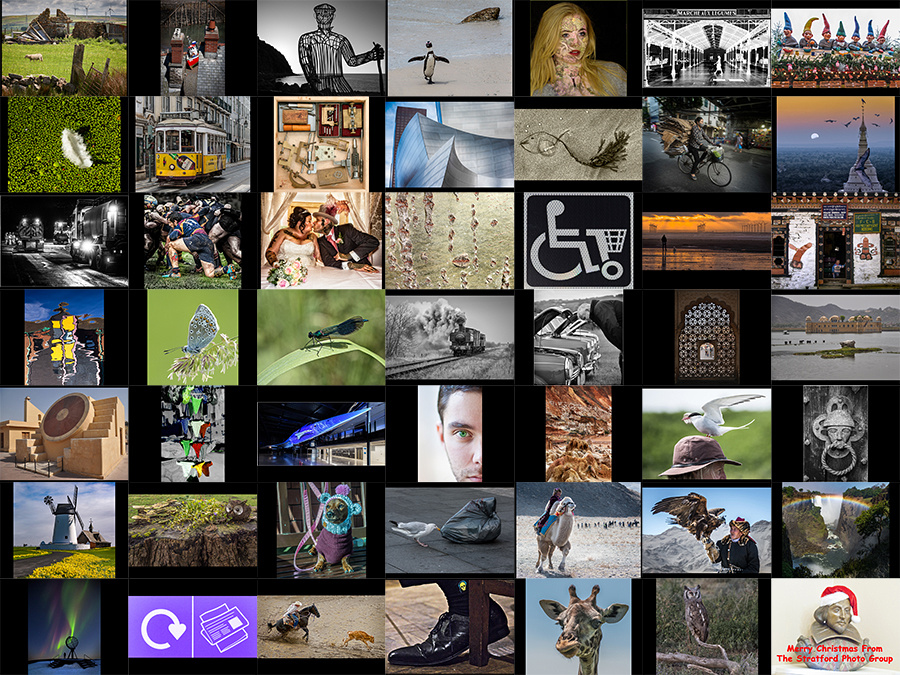 A good turn out from all three clubs ensured a lively and entertaining evening's competition, supervised by Judge Dave Tucker EFIAP CPAGB DPAGB BPE3*. There was the usual humorous barracking and comments from the audience, but Dave was not put off (too much), and maintained reasonable order throughout.

A good spread of refreshments was laid on at half time, when old acquaintances were renewed.

The tempo increased during the second half when it became harder to find matching images and thinking outside the box was required by competitors and judge alike.

After a close run competition, Droitwich triumphed with 44 points, Stratford were second with 34 points and Evesham third with 29 points.

Everyone agreed that a good time had been had by all, and that we were all looking forward to competing again next year.