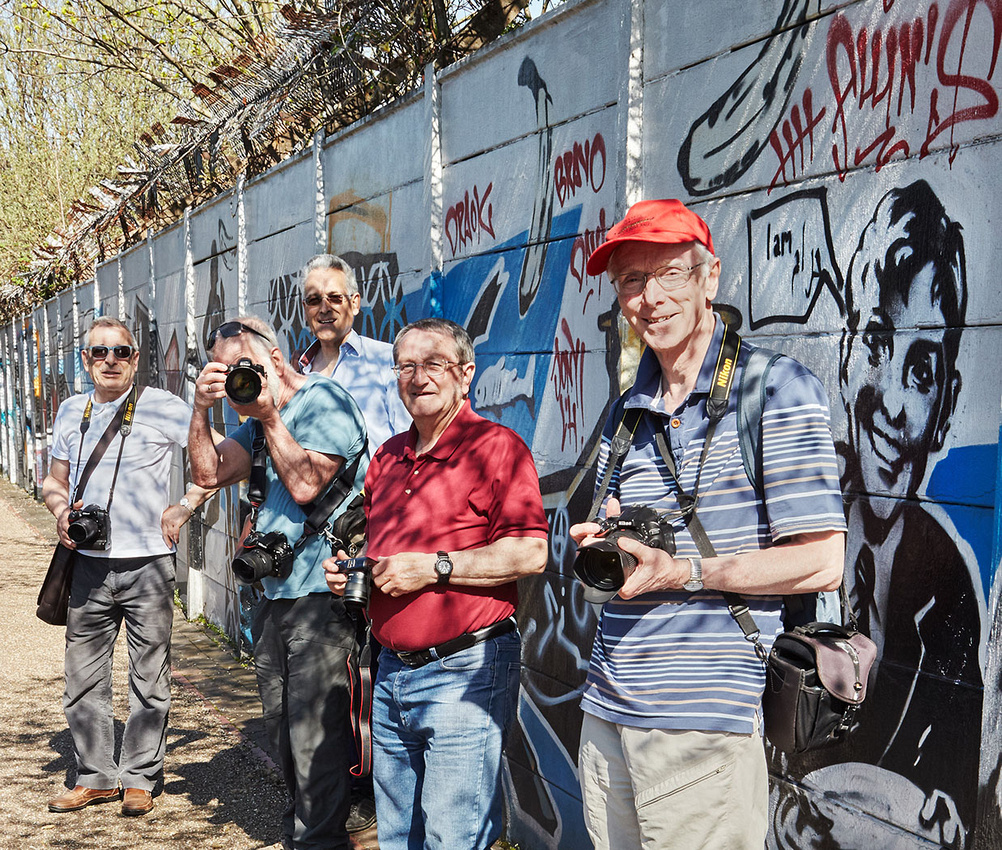 Six of us went to Brum; Malcolm, Dick, Michael, Paolo, Andrew, and myself. The forecast was for hot weather promising 24C, only weeks after the Beast of the East - Fortunately no-one came in their shorts!

We caught the 8.26am train from Stratford and arrived at Moor Street Station ready for action. Having been several times before, we decided to do a few different things - the Custard Factory in Digbeth, passing the old cast iron block of urinals under the railway bridge where Malcolm and Doug had been photographing a young lady  only a few weeks previously!

When heading towards the Custard Factory, we came across a guy in a workshop " renovating" car parts - the place was overrun with wiper motors, steering wheels, lights, body panels, and mountains of dust everywhere. Seeing our curiosity he invited us in to take a look - we did - unbelievable place. He being Italian got on well with Paolo! On leaving the workshop we suddenly saw a model being photographed with a Barbie Doll against a wall. Another bout of curiosity and shutter snapping!

The Custard Factory yielded a few more snaps, before venturing to the Grand Union Canal, where more routine shots were available. The day was getting hotter and folks were wanting lunch at 11.30am having been up so early!  Rather than walk miles along the canal we ventured into Central Birmingham via Millenium Point where a multitude of young people were sunning themselves whilst looking intently at their mobile phones! Malcolm and Andrew disappeared into a Car Park looking for an angle on the Old Curzon Street Station facade. Lunch came at Moor Street Station and we agreed to venture down to Stephenson Street to view the Grand Central Station reflections. En-route we fortuitously came across "Key Infiniti" a group of street performers - more snapping! The reflections didn't yield a lot this time but again the hand of fortune came our way,  and we came across some street leapers jumping 12 feet in the air off concrete planters packed with cactii!! Not seen that before!

So come along on our trips - you never know what you're going to see!!

(A gallery of images from the day can be seen here)