Three of the most common, indigenous, uk orchids can be found on and around the roundabout at Ettington where the A429  (Moreton in Marsh road) crosses the A422 (Banbury road). In the construction of this stretch of road a lot of ground was disturbed which is chalky alkaline (lias) clay. These conditions suit orchids well and they can be found here in abundance.

Common spotted orchid (Dactylorhiza fuchsia) County flower of the Isle of Wight. Grows well on chalky alkaline soils around roads and motorways. It can grow to 60 cm tall but most of the ones at Ettington are rather smaller than this at 20-40cm. 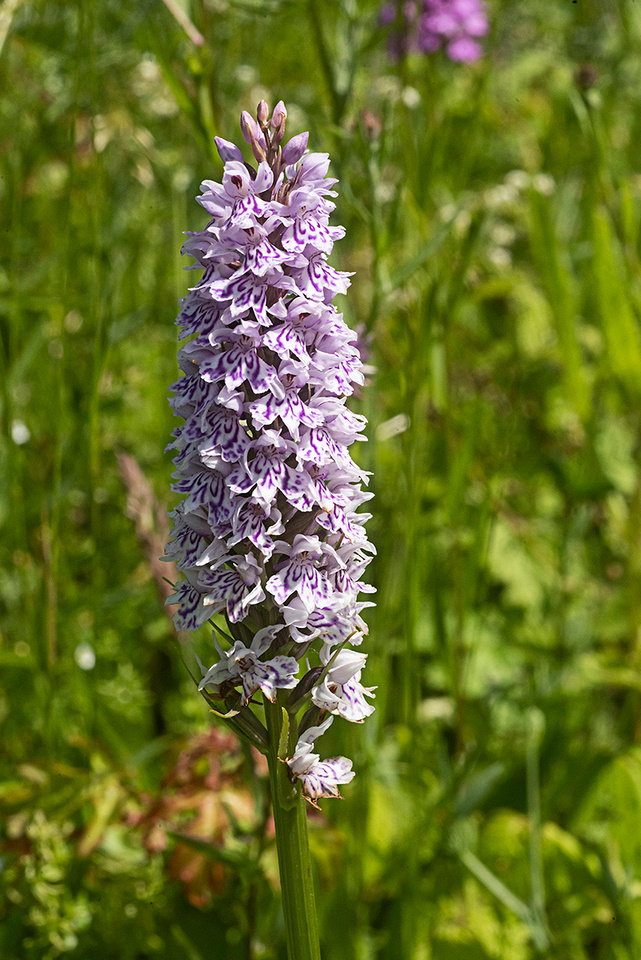 Pyramidal Orchid (Anacamptis pyramidalis). In common with the spotted and Bee orchids, it grows best on disturbed chalky alkaline clay soils. Flowers can vary from white through to deep magenta and will grow to around 20 cm. 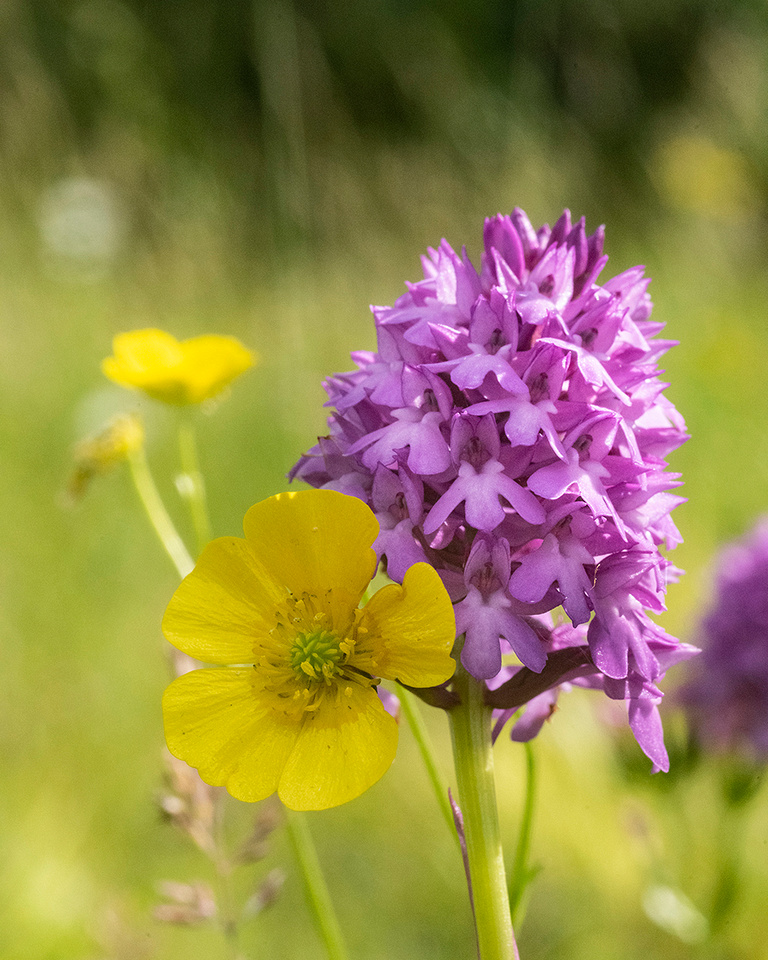 Bee Orchid (Ophrys apifera) Smallest and least common orchid at Ettington. As it does not have the ‘right’ bee to pollinate it, so it is usually self-pollinating. The flower is in the shape and appearance of a bee and emits a scent similar to the bees and is furry like the bees that would pollinate it. The flowers are quite small and the ‘spikes’ are around 20 cm tall. 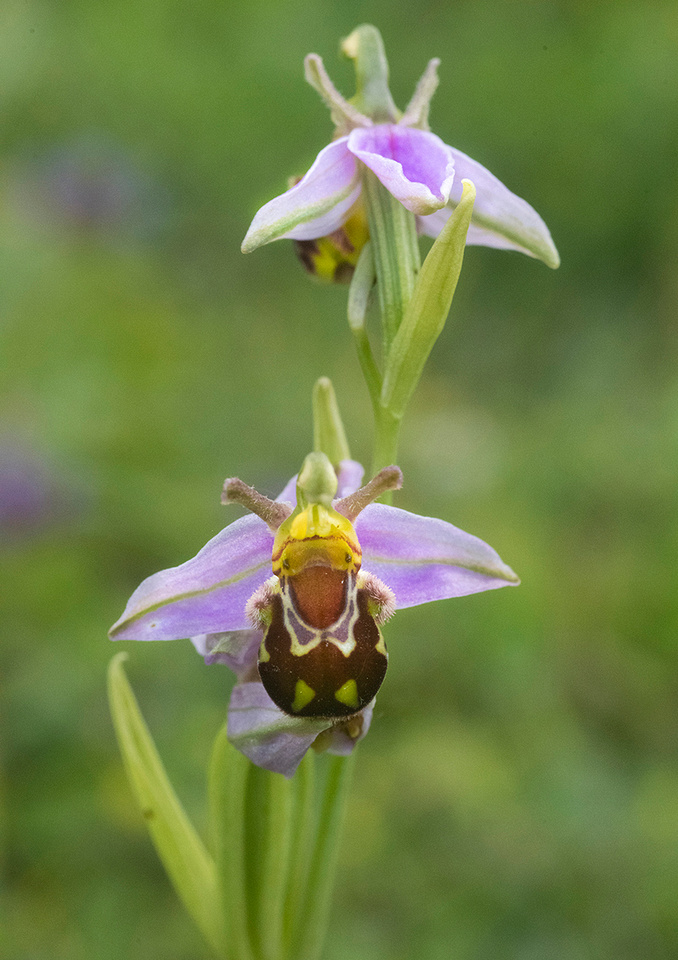 The trip was organised and guided by Dick Prior and a gallery of photos can be seen here.